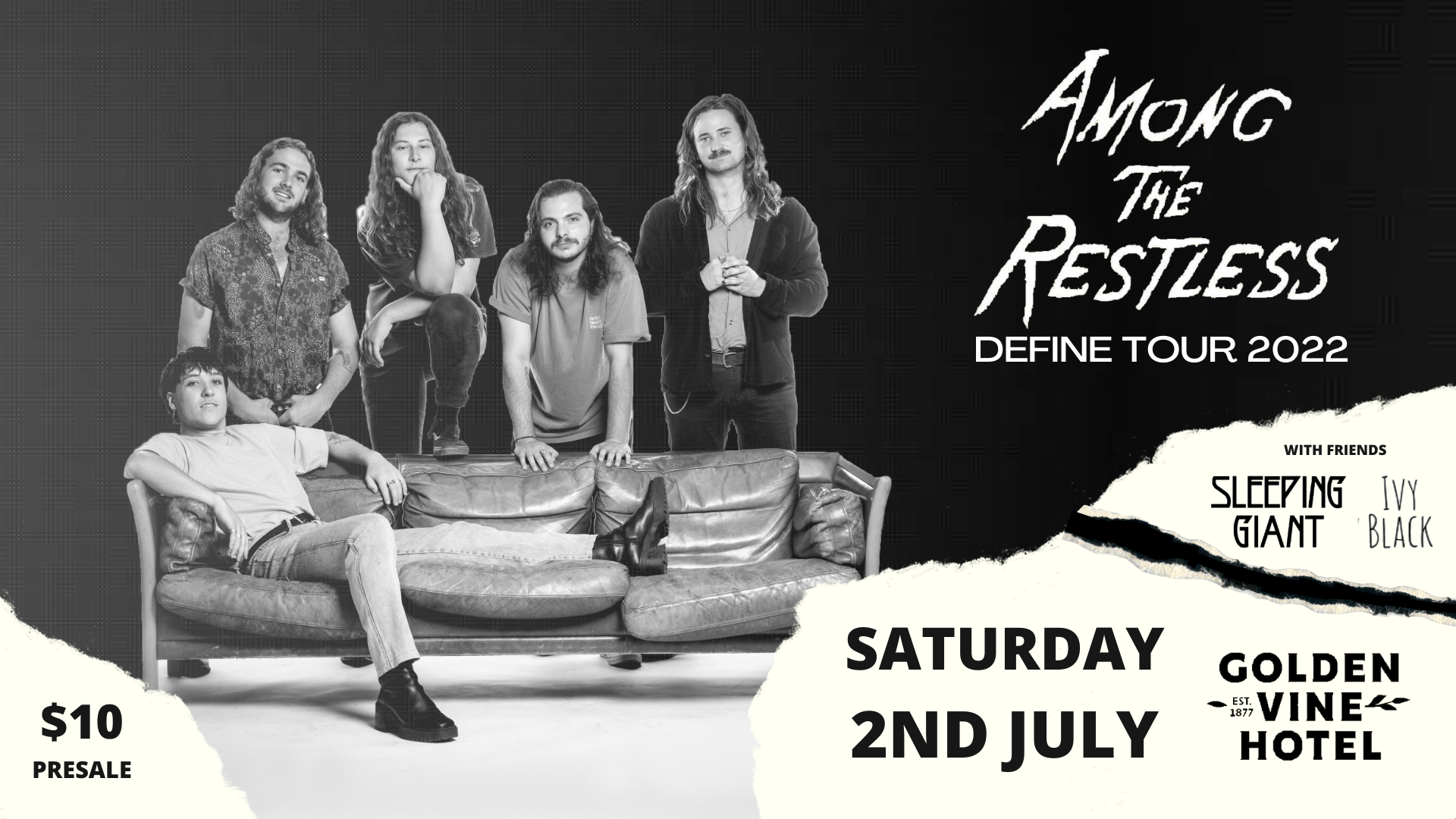 Coming fresh off their set at Uncaged Festival on 7th May, Among The Restless played alongside the likes of Wolfmother and You Am I to rock down the stage. To corroborate the

release of their debut EP ‘Define’, the boys are setting off on a tour down the Victorian Coast, with Golden Vine Hotel and local bands Sleeping Giant & Ivy Black, bringing the heat for ATR to rock out Bendigo!